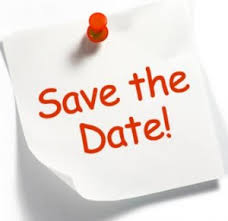 In July 2019, Governor Phil Murphy signed into law N.J.S.A. 45:27-22., entitled “Appointment of Agent to Control the Funeral and Disposition of Remains, which provides for designating a person [and successor] to honor the wishes of the person who’s died.”

For families with multiple members, many of whom often have differing views and expectations, this eliminates a lot of unnecessary conflict since it makes clear the wishes of the deceased.

The Funeral Agent designation form supplements other critical end-of-life documents, such as Power of Attorney, Healthcare Representative/Medical Power of Attorney, Last Will and Testament, and a document creating a Payable-on-Death [POD] Account. Since some 40% of New Jerseyans die “intestate,” meaning without a will, the process of designating a Funeral Agent is a wonderful opportunity to spur those of us who have begun our end-of-life planning to finish “getting our act together!”

The process is straightforward and easy. A three-page document is available free online at:
www.njconsumeraffairs.gov/cem/Applications/cadf.pdf – or by contacting FCANNJ.
The directions are on page one.
The operative document is on pages two and three.
Your first step is to decide on whom [and a successor] you trust to carry out your various funeral wishes with your Funeral Director. We suggest talking with that person and other family members to establish common ground and expectations, and then complete, sign, and have the two-page form witnessed and notarized. File it with everyone whom you want to know how you want things to  proceed at your death, including your Funeral Agent and Successor, family members, close friends, estate attorney, accountant/financial advisor, the Funeral Director, or funeral home you have chosen [not necessary to pay ahead].
You might also want to create a POD account in the name of your Funeral Agent [and successor] to defray all anticipated expenses.
Then, relax!

Why FCANNJ Matters to Me...

The FCANNJ and our larger organization are focused on encouraging people to plan, in advance, for a part of life that many of us want to ignore. I support our efforts to freely share the useful information and insights that people may use to make their end-of-life choices well before death arrives. An annual meeting speaker summed up our mission with these words helping friends “prepare for death while savoring life.”
Bob Rinklin, President, FCANNJ
◇◇

Long before my mother died over 26 years ago, she did my wife and me a great favor by planning her own funeral [having already taken care of her mother’s, my father’s, and my sister’s], reviewing it with me periodically, and carrying out “Operation Good Riddance” of decades of “stuff” she and my father had accumulated during their 55 years of marriage. She wrote down precisely what she wanted in her memorial service, named whom she wanted contacted, and specified what I as an ordained minister [who was presumed to and did conduct that precious event] would be permitted to say. To get around her self-effacing strictures, I asked a dear friend to present her life story, which he did in a tender, appreciative way she would have found acceptable. Those memories stimulated us to do some – admittedly not all – of the planning for our own deaths.

These and my many recent learnings as treasurer and voluntary administrator for FCANNJ have proved very helpful and rewarding. This non-profit, educational organization is extremely important to me.
Archie Palmer, Treasurer and Volunteer Administrator, FCANNJ

Have you ever had your car totaled in an accident? Imagine that after asking for your registration and insurance, the officer tells you that you cannot leave the scene until you have selected your next car. Right there. On the spot, while you are dealing with the trauma of what just happened. Pretty ridiculous, right? Then consider this: when death takes someone close to us, when grief consumes us and renders us incapable of eating or sleeping, right at that moment many of us are required to make critical decisions about the final wishes of our loved ones. Why? Because our loved ones, like so many of us, avoid making those decisions before the final curtain falls. Which Funeral Home? Religious Funeral or Celebrant-led Memorial Service? Burial or cremation? If burial, a pine coffin or much more expensive metal casket lined in silk? I’m involved with the Funeral Consumers Alliance of Northern New Jersey because it invites us to acknowledge our mortality and assists with decision-making before our personal curtain falls. Bravo and thank you!
Mary Moriarty Trustee, FCANNJ

I first became aware of the role of “Civil Celebrants” after reading an article in the Melbourne, Australia Daily Messenger in 2003, and shortly thereafter decided to become one myself.
In Australia Civil Celebrants perform most funerals, and planning for one own’s funeral is commonplace, often done as part of financial planning.
As I began to work with families in the United States, however, I found the opposite to be the norm. I have written and officiated at funeral services for individuals from many walks of life, including Academy Award winners and major financial columnists. As knowledgeable and successful as they might have been, most had not planned for death.
Fewer than 1% of people have made arrangements for their own funeral, which often results in their family scrambling to make decisions and, simply accepting the costs of the local funeral director, when they are most vulnerable. When I discovered FCANNJ, I found that there is an alternative. By pre-planning for one’s own funeral, people do their family a great service by allowing them to mourn and not be taken advantage of, when no plans have been made. When asked to be on the board of FCANNJ, I was happy to use my experience to urge others to take care of themselves and their families by acknowledging and planning for the end of life.
Gerry Fierst, Trustee, FCANNJ

Shari Haber Joins the  FCANNJ Board of Trustees

Our newest board member is Upper Saddle River resident Shari Haber, founder of My Great Goodbye, www.mygreatgoodbye.com, a pre-need final wishes planning service, whose mission is to help people increase their death literacy to enable them to advance plan and die well.   Shari’s inspiration came a few years ago while writing a TV script about Baby Boomers and heard about the growing death-positive movement. As she discovered how much there is to know about new funeral and burial options, she saw a need to inform and empower people to “die better and be remembered best.” She joined FCANNJ to share her subject matter expertise with the Board and the people in her home state.   Shari points out that Covid-19 forced people to contemplate their own mortality and underscored the importance of advance planning. Though the pandemic made communal death practices more challenging, innovations such as live streaming memorial events and/or virtual gatherings to mourn or celebrate a loved one’s life are here to stay.   In addition to serving as a FCANNJ Trustee, Shari is a member of New Jersey Health Care QUALITY INSTITUTE Conversations of Your Life (COYL) Task Force, and often speaks at their events.

Join our New ZOOM Series
February 7, 2022 at 7:30 pm
FCANNJ Board member Mary Moriarty will be discussing “Medical Aid in Dying,”
the first of what we hope to be quarterly on-line presentations and discussions.
If interested, please send email to fcannj@gmail.com to receive ZOOM link.

Your giving ensures that this educational non-profit can operate economically. Our expenses include:

You may donate by sending a check to FCANNJ, PO Box 1327, Montclair, NJ 07042-1327 or you may contribute online at www.fcannj.org
Please include the name[s] of people whom you wish to honor with your donation

Many FCANNJ members retire and move away from New Jersey. One of the benefits of FCANNJ is our
affiliation with the Funeral Consumers Alliance
(www.funerals.org), the nationwide federation
of funeral consumer groups. By contacting FCA, you will be able to receive contact information for your new FCA affiliate and transfer your membership, if you choose.
If you no longer wish to be on our mailing list,
please let us know by emailing us at
fcannj@gmail.com or calling 973-346-2423.

FCANNJ Board members are available to
lead discussions on end-of-life planning and
funeral alternatives.
We also make available brochures and
printed material to take home.
If you would like more information or to
arrange a program for your group, please
contact us at www.fcannj.org/contact-us